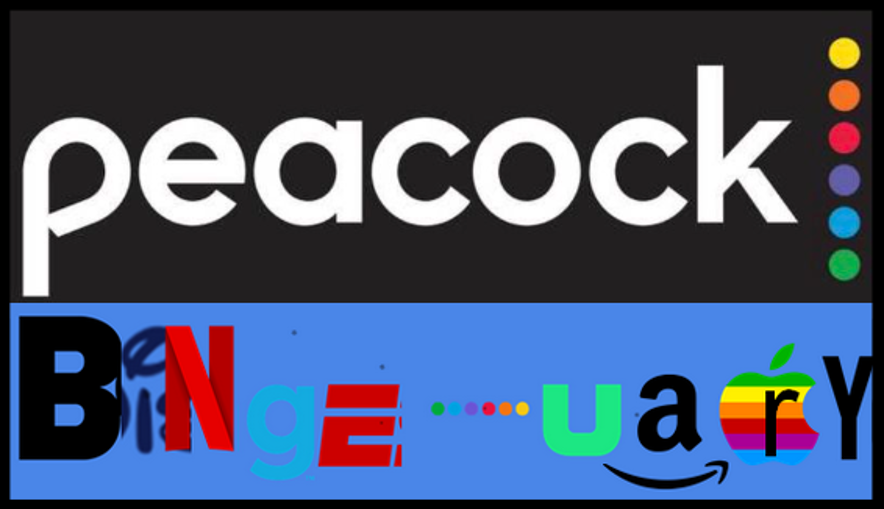 By Andrew Jenck
Many were caught off guard by the influx of streaming services launching this year, myself included, but in hindsight, it’s not surprising that NBCUniversal would be launching its own, considering its parent company. Comcast is banking on a more gradual transition out of regular cable compared to AT&T’s all-in approach with HBO Max. While millions each year cut the cord, most American homes still have a broadcast provider, and according to Video Advertising Bureau, 44% of millennials watched their favorite shows through traditional TV in 2018. Hence, Comcast is taking its platform as sort of a happy medium between the two and transitioning its established consumer base of cable subscribers into streaming subscribers.

In similar fashion of how Comcast rebranded its telecommunication services as Xfinity for greater brand recognition, they’ve named their service Peacock after NBC’s logo to give an indication of NBC’s content without being overshadowed by NBC’s brand name. As with other services discussed, live sports, classic shows, and blockbuster movies will be available. Parks and Rec, at the time of this editorials’ publication date, will be an exclusive by October of this year, and The Office will be off of Netflix and on to Peacock by January 2021. Unlike CBS, Comcast believes it currently has a large enough library to pull its offerings off of other platforms. Other programing, such as 30 Rock, Saturday Night Live, Cheers, and Psych, will also be available. Universal Pictures, Focus Features, and DreamWorks Animation will produce exclusive content. Said exclusives includes several reboots (Saved by the Bell, Battlestar Galactica), an NBA docuseries, and a series based on the Dr. Death podcast.
The worldwide launch date is July 15 to coincide with the Summer Olympics with Xfinity customers having early access starting on April 15. Unlike other services, Peacock offers three different payment plans: free with ads and less programming, $5 premium with ads, and $10 ad-free premium. If you are a pre-existing Xfinity or Cox Communication subscriber, you will get the ad-supported premium plan for free and the ad-free premium plan for only $5. I appreciate the different options, but this does feel eerily similar to standard cable practices. Instead of paying more for certain channels, you’re paying more for certain shows and movies. I do think some more popular content will be included with the free version, such as The Office to avoid disgruntled consumers for no longer having their favorite show on their main platform, but there’s bound to be popular content behind those pay walls. At this point, they have not announced what that will be.
This new landscape of streaming has put broadcast providers like Xfinity, Spectrum, and DirecTV in tough situations where they have to overhaul their business model if they want to stay relevant. They’ve all but accepted that their cable offerings are becoming less relevant and are playing a different game: internet and mobile communications. These companies have provided internet for years, but now it is becoming their priority. Their marketing campaign now informs potential customers of their internet speeds and phone plans; not their cable packages. They see a potentially larger profit from the need for high speed internet to stream video instead of providing video. People were calling streaming “Cable 2.0,” but really, the larger issue is that we’re just as reliant on these types of companies for our entertainment and may be more so in the future. The fact that we’re now getting a Netflix-competitor from a cable company that has historically ranked among the worst in terms of customer service and as an internet provider is, in some ways, a regression. They’ll use the Peacock name to disguise their brand name as much as possible, but if they continue the same business practices, it will be easy to see behind the curtain.
For more about Bingeuary, here are links to Andrew’s other editorials:
https://www.tillamookcountypioneer.net/drews-reviews-editorial-streaming-in-the-2020s/
https://www.tillamookcountypioneer.net/drews-reviews-editorial-hbo-maximized-dcu-minimized-streaming-services-series-continued/
https://www.tillamookcountypioneer.net/drews-reviews-editorial-cbs-all-lacking-streaming-services-series-continues/